Our country was not founded to have a government that tells people when, where, and how to practice their religion. Our country was founded to have a government that protects the God-given right for people to practice their religion, or practice no religion at all. Think about it, our country was literally founded by the descendants of those who fled to “the new world” to escape that kind of government control and overreach.
That’s why I am thankful for the First Amendment to the Constitution, which is more than just the right to gather with other believers to worship (although it certainly includes that). It’s also the right to live according to the beliefs of one’s chosen religion, or yes, lack thereof.

Congress shall make no law respecting an establishment of religion, or prohibiting the free exercise thereof; or abridging the freedom of speech, or of the press; or the right of the people peaceably to assemble, and to petition the Government for a redress of grievances.

Because I work to make my videos as brief as possible, I usually leave several minutes on the proverbial cutting room floor. But because I also have this blog, I occasionally would like to expand a little bit more on the topic at hand.

This video is about apostasy, which is when a person abandons their faith. They no longer follow Christ. I didn’t get a chance in the video to explain that I do not believe that those who apostatize actually cease being Christians. I believe that there are two types of people who apostatize: (1) those we are truly Christians, and will eventually return to Christ and (2) those who never return to Christ, thereby revealing that they were never really Christians to begin with, as described in 1 John 2, verse 19…

They went out from us, but they were not of us; for if they had been of us, they would have continued with us; but they went out that they might be made manifest, that none of them were of us.

Why do people fall away from the faith?

The fourth reason is really what I addressed in this video. I believe we will see increasing numbers of “Christians” walk way from their faith because of the dwindling popularity of Christianity in North America.

On the positive side, God is purifying His church. The church will become leaner, but it will also become holier and more powerful in its witness and in displaying the love of Christ in all its purity and beauty.

This Monday, August 21st, is a significant day because of the total eclipse of the sun that will be experienced over a significant swath of the continental United States. Last week I came across an article by Ann Graham Lotz, in which she suggested that perhaps this eclipse is a sort of harbinger, or warning sign, of God’s impending judgment. She referred to this video by Australian pastor Steve Cioccolanti, who believes God’s judgment will fall on the United States between the two solar eclipses of the next seven years:

By linking to the video above, I’m not recommending that you watch the video. In fact, save yourself the hour, because I’ve done the watching for you. While an effective speaker, I found three major problems with his presentation:

(1) He makes very strong, confident assertions that God’s judgment will fall on the U. S., and, therefore, the world, between the two solar eclipses (2017 & 2024). Then he backpedals significantly and comes across as saying this is just a “possibility.” So, if you didn’t notice…he’s now covered his tracks. If it happens like he suggested, he’s a prophet. If it doesn’t happen, he can point to his disclaimer statement. I’m not saying his intent was malicious; he may have complete integrity. It just seems odd that he gives himself such an “out.”

(2) He claims that the epicenter of both eclipses is at the confluence of the Mississippi and Ohio Rivers. I have a little advantage on the geography of things because I grew up in the area of which he speaks. While the confluence of these two great rivers is certainly not far from the exact epicenter (about 40-45 miles), it is not the actual epicenter, as the map below shows:

On a side note, we drove through the area last week as a family, and stood at the bottom of the state of Illinois, right at the confluence of the two mighty rivers: the Mississippi and the Ohio:

According to Pastor Steve Cioccolanti, this will be the exact point at which God’s judgment will fall and the U. S. will be divided physically:

He mentions the New Madrid seismic zone (he mispronounces ‘Madrid’, but hey, he’s Australian, so I’ll give him a pass on that one) is right there as well, which is how God will bring the judgment… via earthquake(s). While it is true that a major quake in the New Madrid would likely bring devastating damage to the tristate region (Southern Illinois, Southeast Missouri, and far Western Kentucky), the actual seismic zone is south of where the two eclipses cross as well as the confluence of the two great rivers:

On to the 3rd major problem with his thesis:

(3) I do not believe the United States is the “Babylon the Great” of the book of Revelation. The entire thesis rests on the assertion that the U.S.A. is indeed “Babylon the Great.” If it is not, then this whole thing is pointless. While in many ways we as a nation have the spirit of Babylon, I have yet to find a compelling enough argument to convince me that the United States is even mentioned in the Bible. That said, end-times prophecy expert I am not. So, perhaps I am wrong on this one.

Whether I am right or whether this Australian pastor is right, the truth is that every day brings us closer to the day of God’s judgment. Maybe it will be in the next seven days or seven years, or maybe it will not be for another seventy years. One thing is for sure… God’s judgment is coming and the only way to be eternally protected is to be found “in Christ.”

Have you repented of your sin and placed your faith in Jesus Christ to save you from the wrath to come? Jesus died on the cross for sinners and rose from the grave, conquering death and Hell. Run to Him for salvation before it’s too late! 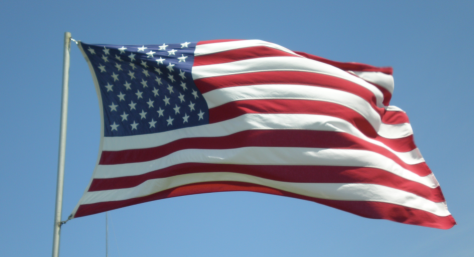 From Memorial Day to Independence Day my patriotism swells, and for the past few years I have, therefore, found Summer to be a great season to reflect on our nation’s history by reading books in the American History genre, particularly works related to American military history.
Why not join me this year in some American History reading goals for this summer? I challenge you to join me. I’ve picked out a five books I plan to read this summer.

END_OF_DOCUMENT_TOKEN_TO_BE_REPLACED

Now that I’ve been a Christian for 29 years as well as a pastor for 21 years, I have seen a lot of trends in American Christianity over the past few decades. One of the more disappointing trends has been the amount of hype surrounding certain books, movies, conferences, movements, Bible studies, and, even, “revivals.” I cannot recall how many times a of these various mediums were going to possibly usher in a revival which would transform our nation.

Let me mention a few examples. From each of these examples, God has certainly done a whole lot. People have been saved. Lives have been changed. I do not want to minimize that fact. Praise the Lord for how He used these tools to reach people!

In each of these cases I can recall Christian people enthusiastically suggesting, or hoping, that this particular “thing” would be the catalyst for national revival or spiritual awakening.

(1) 1990… A Bible Study… “Experiencing God” featured the teaching of Henry Blackaby, and consisted of a VHS video series matched with a workbook. The premise of the study is to find out where God is at work and to join Him there. Excellent counsel! But national revival from the study itself? Twenty-five years and counting… not yet.

END_OF_DOCUMENT_TOKEN_TO_BE_REPLACED

This coming Sunday at Harvest Bible Chapel of Jacksonville is “Military Appreciation Sunday.” I am excited about this opportunity to give honor to those our active military and our veterans. I will be sharing a special message about the two kinds of war we are prepared to fight: the physical and the spiritual.

There are generally three views of war among Christians. Supporting Bible verses are appealed to for each view. The vast majority of Christians fall into the view I hold to, what is commonly called the “Just War” position. I fully recognize that there are many variations within each of the three views:

I believe a strong and prepared military is a necessity for our country. I also believe that we have biblical justification for being ready to fight:

3. Because one of the major reasons God ordained government is for protecting the people (Romans 13.1-4).

Therefore, God has the government the authority to have a military:

> to protect us from harm.

> to enable us to live in freedom.

As Richard Grenier wrote, “People sleep peacefully in their beds at night only because rough men stand ready to do violence on their behalf.”

On Saturday, August 9th, 2014 two tragic deaths occurred that sent shockwaves across the country. At one minute after Noon, officer Darren Wilson approaches Michael Brown in Ferguson, Missouri. An altercation ensures that results in the shooting death of the 18-year-old Brown.

That evening, 832 miles east of where Michael Brown had died, Kevin Ward, Jr., was living his dream by Sprint Car racing at the Ontario County Fairgrounds against NASCAR legend Tony Stewart. On lap 14 of the short dirt track, Stewart appears to spin young Ward in to the wall, causing a flat tire and, thus, eliminating the younger driver from the race. Ward breaks protocol and exits his vehicle, walking toward the vehicles circling the track under caution. He aggressively approaches Stewart’s car on the short track and ends up apparently hit by the tail end of Stewart’s car, which results in the death of the 20-year old Ward.

END_OF_DOCUMENT_TOKEN_TO_BE_REPLACED

I was saddened this week to read about a young man getting killed in an accident at a coal mine in my home county back in southern Illinois. It brought back memories for me. When most people think about coal mines, they usually think about West Virginia and eastern Kentucky. I’ve learned that many people don’t realize that southern Illinois has one of the richest coal mining veins in the United States.

I can remember as a young boy going to spend the night at my Grandma and Grandpa’s house and Grandpa coming home from finishing the 2nd shift. He’d wake me up so I could join him for a midnight snack in the kitchen: Pringles and a bottle of cold Mountain Dew.

I also remember in grade school getting news of a classmate’s Dad being killed in the mine. One of my Dad’s best buddies had his face crushed in mine accident. Several surgeries were required to reconstruct his face. One of my best friends spent several weeks in a hospital recuperating after nearly dying in a coal mining accident.