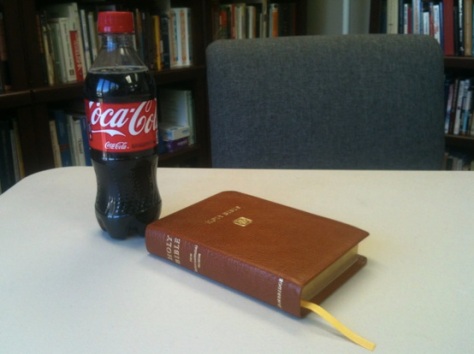 Most of you probably remember Coca-Cola’s brief foray into changing the formula of the popular soft drink. It was called “New Coke” and it was an attempt by Coca-Cola to gain market share among a key demographic, youth, an age group that was favoring Pepsi. It backfired. Although “New Coke” showed promise in many parts of the country, it was soundly rejected in the South, where Coca-Cola us based (Atlanta).

The strong Southern rejection spread. Comedians mocked Coke, fans at a Houston Astros baseball game booed a Coke advertisement. Within three months, Coca-Cola announced the return of the original formula, in a product called “Coke Classic.” Loyal Coke fans rejoiced. On the Senate floor, Arkansas Democrat David Pryor called the decision by Coca-Cola “a meaningful moment in U. S. history.” I’m not sure what that says about our country; perhaps it says more about the gentleman from Arkansas. Nonetheless, America as a whole must have agreed because the brief “New Coke” fiasco and it’s merciful conclusion thrust the Coca-Cola company into a period of renewed success as king of the soft drink world, a success that has been uninterrupted even to this day.

Biblica and the NIV Translation

Formerly known as the International Bible Society, Biblica is the worldwide publisher and copyright holder of the New International Version of the Bible. A self-governing group of Bible scholars, known as the Committee on Bible Translation (CBT) is responsible for the content of the NIV. Originally published back in 1978, the NIV went through an update in 1984, which was followed by a couple of decades of remarkable popularity among English Bibles, even supplanting the venerable King James Version (KJV) as the best-selling English Bible. In 2009 Biblica announced that they would be releasing an update again in 2011, not coincidentally on the 400th anniversary of the KJV. The “new” NIV was indeed released in March of 2011.

“And what does this have to do with Coke?”

END_OF_DOCUMENT_TOKEN_TO_BE_REPLACED

A few days ago I posted a negative critique on a translation decision in the ESV. Today I want to emphasize how much I love reading the ESV, pointing to an excellent post by Tim Challies on the beauty of the language found in the ESV. He compares some Old Testament phrases in the ESV with how they are translated in some of the more functional translations. The NIV (1984 edition), by the way, does well, in his brief comparison study. You can read his post HERE.

Some people may not be aware that modern Bible translations are sometimes updated. For example…

In 2006 the NLT was updated. And in 2009, the HCSB. In both cases, there was very little fanfare. In fact, I would wager a guess that the average devout Christian had no idea these updates even occurred.

This year two popular versions received updates. First, the NIV. Unlike the HCSB and NLT updates, the NIV was less of a tweaking and more of an overhaul. It’s practically a new version altogether. I recommend sticking with your 1984 edition.

Now the ESV has received its update. Compared to the NIV, these update are very minor. You can see the “tweaking” HERE.

Part 1 – A Selected History of the English Bible

In this AP article, sides are taken regarding the gender language decisions for the new 2011 NIV. I voiced my concerns about this HERE. Note especially my point #2, in which I wrote:

…I decided to post this link to a fairly long explanation from Kevin DeYoung of what’s at stake in the choice of the word “assume” in 1 Timothy 2.12:

John Dyer gives a visual representation of the differences between the newly updated NIV and its predecessors, namely the immensely popular NIV (1984) and the ill-fated TNIV. Here is an example:

If you have followed this blog for very long, you are aware that I have a passion for Bibles and a keen interest in English translations of the Bible. A few weeks ago the newly update NIV was made available online. Printed copies will be available in 2011.

Now that the new text has been online for a few weeks, opinions are starting to be expressed. Here are a few:

END_OF_DOCUMENT_TOKEN_TO_BE_REPLACED

Daryl Dash interviews Douglas Moo about the update of the NIV Bible HERE. 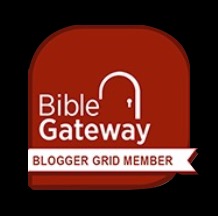